The weather in the UK for December 2019 was completely unremarkable in all respects, yet again.  Let’s hope 2020 is more interesting! 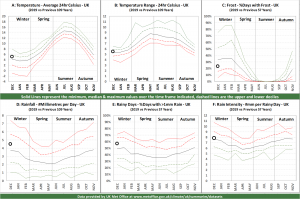 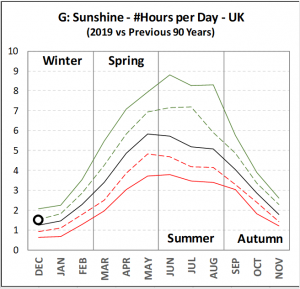 in the deck above and plot the 7th as a separate chart here.  Since it is Winter, Sunshine (chart G) is shown here since that is of least interest in these months.

How abnormal was December 2019? 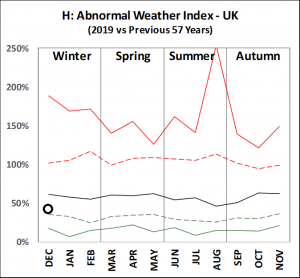 The abnormality index was 45% in December 2019 making the month unremarkable.

The 5th warmest July on record included a new record temperature of 40.3C on 19th July.  It was also … END_OF_DOCUMENT_TOKEN_TO_BE_REPLACED

We've now had 3 months of extremely boring weather in the UK!  It's not doing the UK's reputation … END_OF_DOCUMENT_TOKEN_TO_BE_REPLACED

"I mentioned it once but I think I got away with it!" Basil Fawlty didn't get away with it in … END_OF_DOCUMENT_TOKEN_TO_BE_REPLACED

May 2022 was the 5th warmest May on record in the UK.  Whilst temperatures are rising as the days … END_OF_DOCUMENT_TOKEN_TO_BE_REPLACED