February 2020 broke a string of boring months weather-wise in the UK with the wettest February on record. 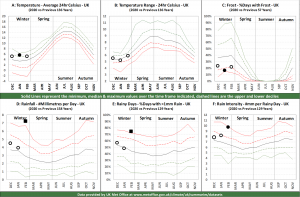 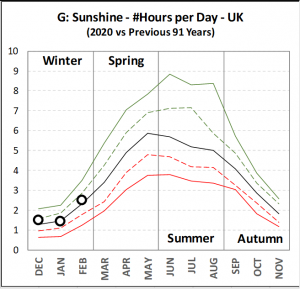 How abnormal was February 2020? 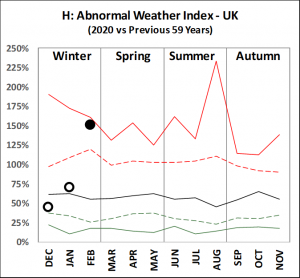 The abnormality index was 151% in February 2020 which is the 3rd highest on record.  The month saw a new record for total rainfall (chart D), the highest ever number of rainy days (chart E) and the 2nd highest rain intensity (chart F) so it definitely counts as an abnormal month!

February marks the end of the meteorological winter.  I do not track regional statistics every month but I do track temperature by season for each region so 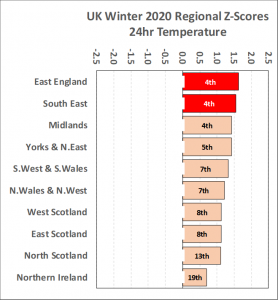 For the UK as a whole, the 2020 winter was well above average in temperature in all regions with the East and South East the warmest regions.  At the other end, Northern Ireland was also above average but less remarkably so.

After an entire meteorological year where the temperature above the median for ever single month, … END_OF_DOCUMENT_TOKEN_TO_BE_REPLACED

Sir Donald Bradman is the GOAT (Greatest of All Time) of sporting GOATs.  All cricket lovers accept … END_OF_DOCUMENT_TOKEN_TO_BE_REPLACED