Q2 was a mixed picture for the UK economy.  Quarterly GDP fell for the first time since whilst Economic Inactivity fell to record lows and Wage Inflation was the highest since the 2008 recession.

For more information on why I chose to track these statistics and the format of charts I use below, please read my post “UK Economy Tracker Explained“.  You can click on each heading below to be taken to the ONS website where I sourced the data (the 4 letter code denotes which ONS times series was used).  By the way, if you think I am not using the most appropriate time series, please do contact me and let me know! 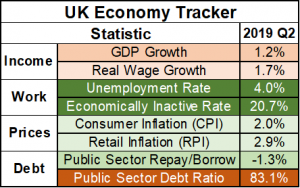 The top line picture of the UK economy is persistent low growth since the recession 10 years ago which has delayed the return to real wage growth which is now taking place but is still catching up what was lost in the years after the recession.  This has inhibited the government’s ability to clear the deficit due to lower tax takes.  Inflation and unemployment is low but the debt ratio is too high and leaves the UK poorly placed should another recession strike soon.

Annualised GDP continues to be consistent with the last 8 years since the Great Recession i.e. sluggish .  Since the recession ended in Q1 2010, median GDP growth has been +1.8% vs +2.7% before then.  In effect, our economy has struggled to return to pre-recession levels of growth unlike the recoveries following previous recessions.  Something needs to happen to give the economy a kick up the arse!

We should also not forget that it has been 40 quarters since the end of the last recession if we use the more normal headline quarterly figures which is the ONS series IHYQ.  Since 1955, there have been 7 recessions with that statistic (1956, 1961, 1973, 1975, 1980, 1990 & 2008) and the 6 gaps in between have been respectively 20, 47, 5, 18, 38 and 67 quarters.  Therefore we are now in the 3rd longest gap between recessions which has to mean that the underlying probability of another recession soon is only going to grow from now on.  Indeed, quarterly GDP growth was negative in Q2 though at -0.2%, it would not be surprising if this figure is revised once final numbers are calculated.

We have now had 4 quarters of genuine wage growth which is at its highest level since June 2008.   After taking inflation into account, it would appear that the last four quarters were not as good as 2015 & 2016 but those years are distorted by inflation being near zero as shown in the Consumer Inflation chart in section 3a so I do regard those 2 years as genuine wage growth.

Will this be sustained?  Unemployment is very low (see section 2A) so employers do have an incentive to pay more but in the end, it still requires GDP growth to pick up..

Unemployment rose slightly to 4% in Q1, but the UK is still at levels last seen in 1974.  The trend has been steadily downwards since the 08/09 recession.

Economic Inactivity set a new record low in Q4.  So not only is unemployment low but most people are seeking work in the first place which really points to an economy more or less maxed out in terms of its labour pool.

After spiking in 2017, inflation now appears to be stable within the Bank of England’s target range of +1% to +3%.

Government borrowing increased slightly as a % of GDP in Q2 after a few quarters where it had narrowed.  The trend now is that the government should be able to balance the budget at the beginning of 2020 rather than the end of 2019.

The Debt Ratio is static at present since the budget deficit is matching GDP growth.  With higher GDP growth, the debt ratio would start to fall quite quickly and would give the government more breathing space for a stimulus should another recession come soon.  If this doesn’t happen, we could be back in the same situation as 1980/81 when the government decided it could not afford to expand borrowing.

The chart above has a gap in 2001 due to missing data for wage growth but today our misery is below the median but it has been lower especially in the 10 years before the 08/09 recession.  The chart also shows that the 74/75 and 80/81 recessions were ultimately worse for us than the 90/91 and the 08/09 recessions.  Obviously not everyone’s memory goes back that far so it is possible that this chart is misleading.  But it does have the virtue of tying together the economic statistics that are directly related to our personal lives.

After the two sunniest months on record, the UK weather returned was reassuringly normal and boring … END_OF_DOCUMENT_TOKEN_TO_BE_REPLACED 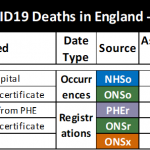 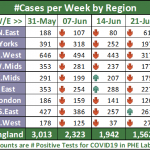 In many countries across the world, the total effect of the Coronavirus pandemic is now being … END_OF_DOCUMENT_TOKEN_TO_BE_REPLACED

In many countries across the world, the total effect of the Coronavirus pandemic is now being … END_OF_DOCUMENT_TOKEN_TO_BE_REPLACED

In many countries across the world, the total effect of the Coronavirus pandemic is now being … END_OF_DOCUMENT_TOKEN_TO_BE_REPLACED

In many countries across the world, the total effect of the Coronavirus pandemic is now being … END_OF_DOCUMENT_TOKEN_TO_BE_REPLACED

In April, I was asked to analyse the trends in UK gender pay gaps over the 3 years of mandatory … END_OF_DOCUMENT_TOKEN_TO_BE_REPLACED

The UK experienced its sunniest spring on record in 2020 by a huge margin.  Both April and May were … END_OF_DOCUMENT_TOKEN_TO_BE_REPLACED