The UK set a new record for maximum temperature of 38.7 degrees in Cambridge on 29th July.  Other than that, the UK weather was unremarkable for the month overall, other than being warmer than normal.  This goes to show that whilst individual days can be remarkable, it is rare that this is sustained. 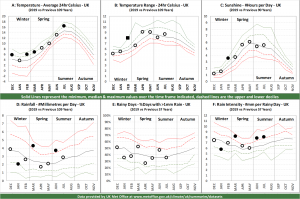 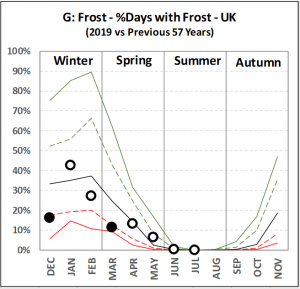 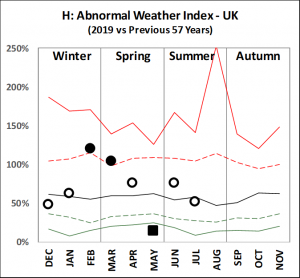 It is clear that July 2019 was not abnormal in any meaningful fashion.  It was warmer than normal with more intense rainfall as can be seen in charts A & F above but rainfall and sunshine were typical overall.

After an entire meteorological year where the temperature above the median for ever single month, … END_OF_DOCUMENT_TOKEN_TO_BE_REPLACED

Sir Donald Bradman is the GOAT (Greatest of All Time) of sporting GOATs.  All cricket lovers accept … END_OF_DOCUMENT_TOKEN_TO_BE_REPLACED