With the UK under unprecedented lockdown due to COVID19, the sunniest April on record was followed by the sunniest May on record.  I can hear the conspiracy theorists now … 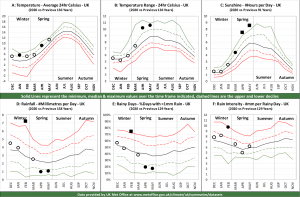 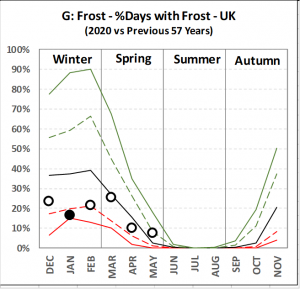 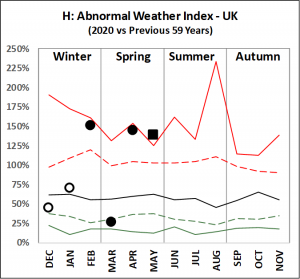 The abnormality index was 138% in May 2020 which is the highest on record for May.   Like April, this is due to a combination of record sunshine, 4th highest temperature range and 8th lowest rainfall on record.  In other words it was a beautiful and very unusual May. 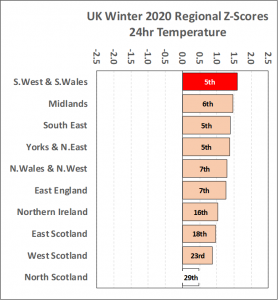 For the UK as a whole, the 2020 spring was well above average in temperature in all regions with the South West the warmest region.  At the other end, Northern Scotland was also above average but less remarkably so.

The 5th warmest July on record included a new record temperature of 40.3C on 19th July.  It was also … END_OF_DOCUMENT_TOKEN_TO_BE_REPLACED

We've now had 3 months of extremely boring weather in the UK!  It's not doing the UK's reputation … END_OF_DOCUMENT_TOKEN_TO_BE_REPLACED

"I mentioned it once but I think I got away with it!" Basil Fawlty didn't get away with it in … END_OF_DOCUMENT_TOKEN_TO_BE_REPLACED

May 2022 was the 5th warmest May on record in the UK.  Whilst temperatures are rising as the days … END_OF_DOCUMENT_TOKEN_TO_BE_REPLACED