April 2021 laid down the challenge for unusual weather in the UK and May 2o21 failed to rise to it.  It was wetter and frostier than normal and generally colder and darker than usual but not to the extent that we could say May was unusual. 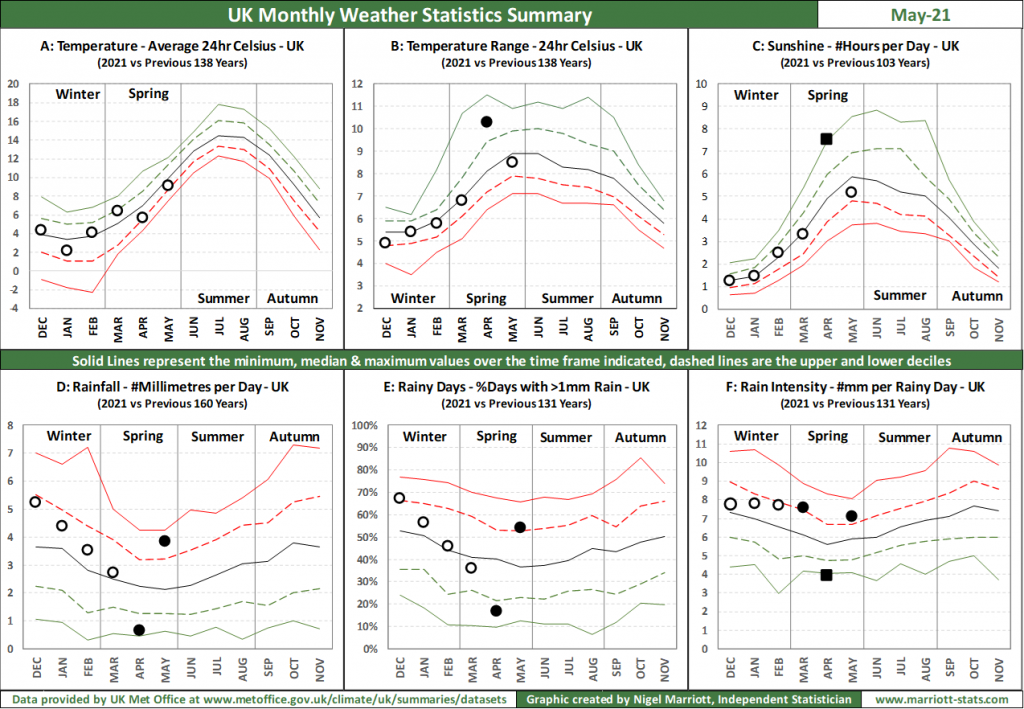 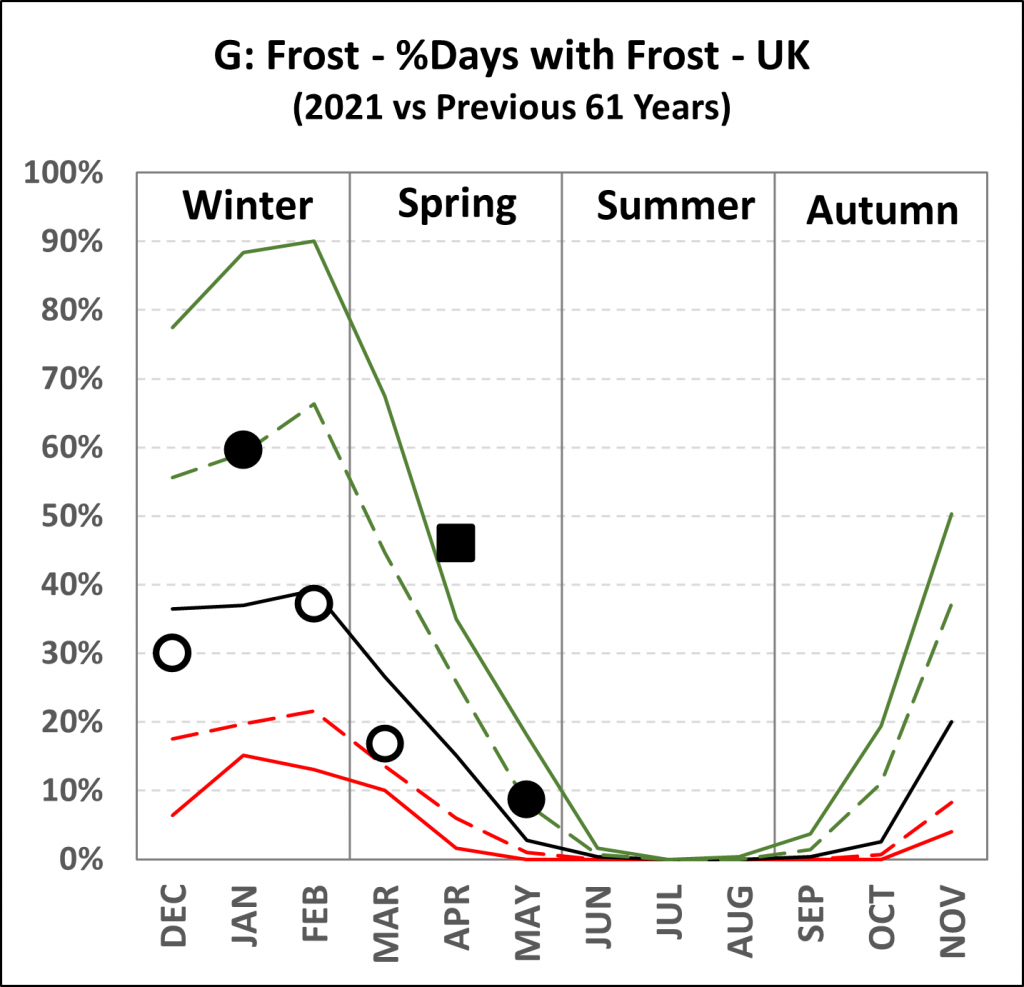 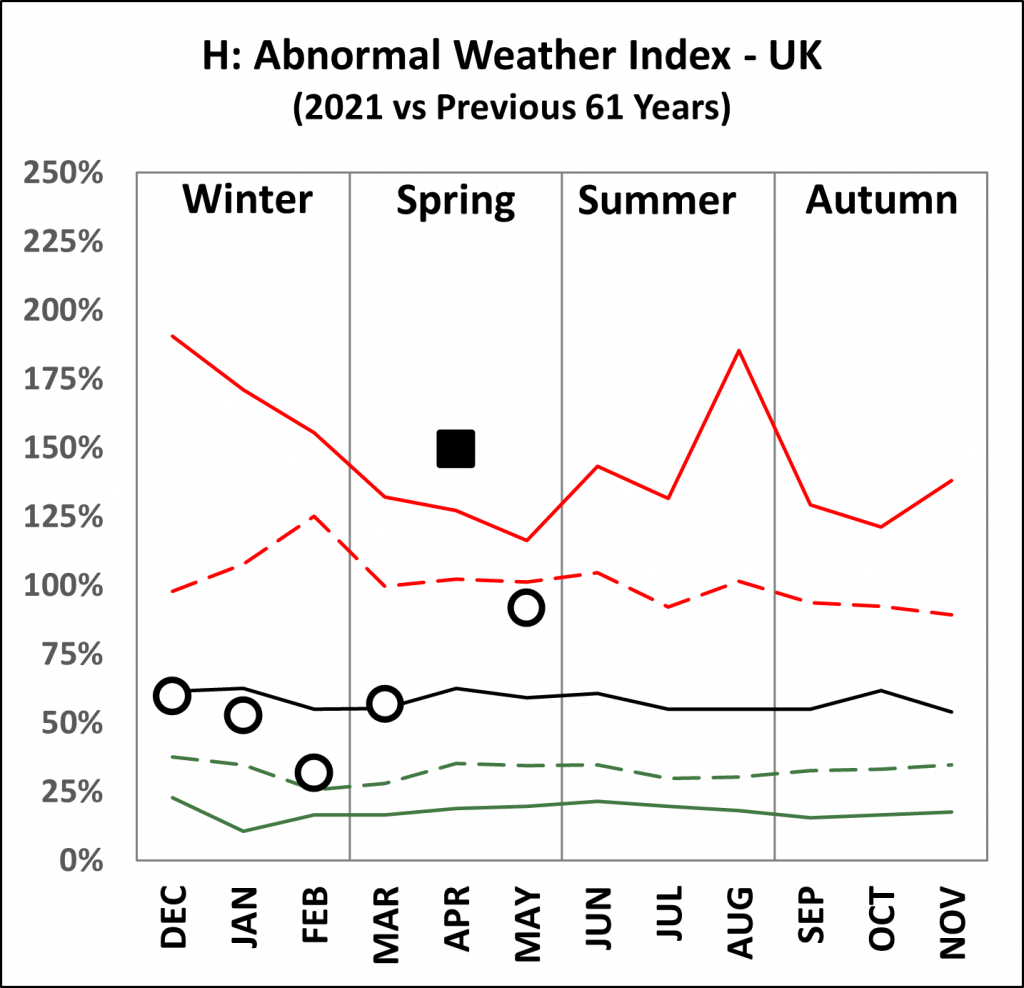 The abnormality index was 92% this month, higher than normal but not unusual. 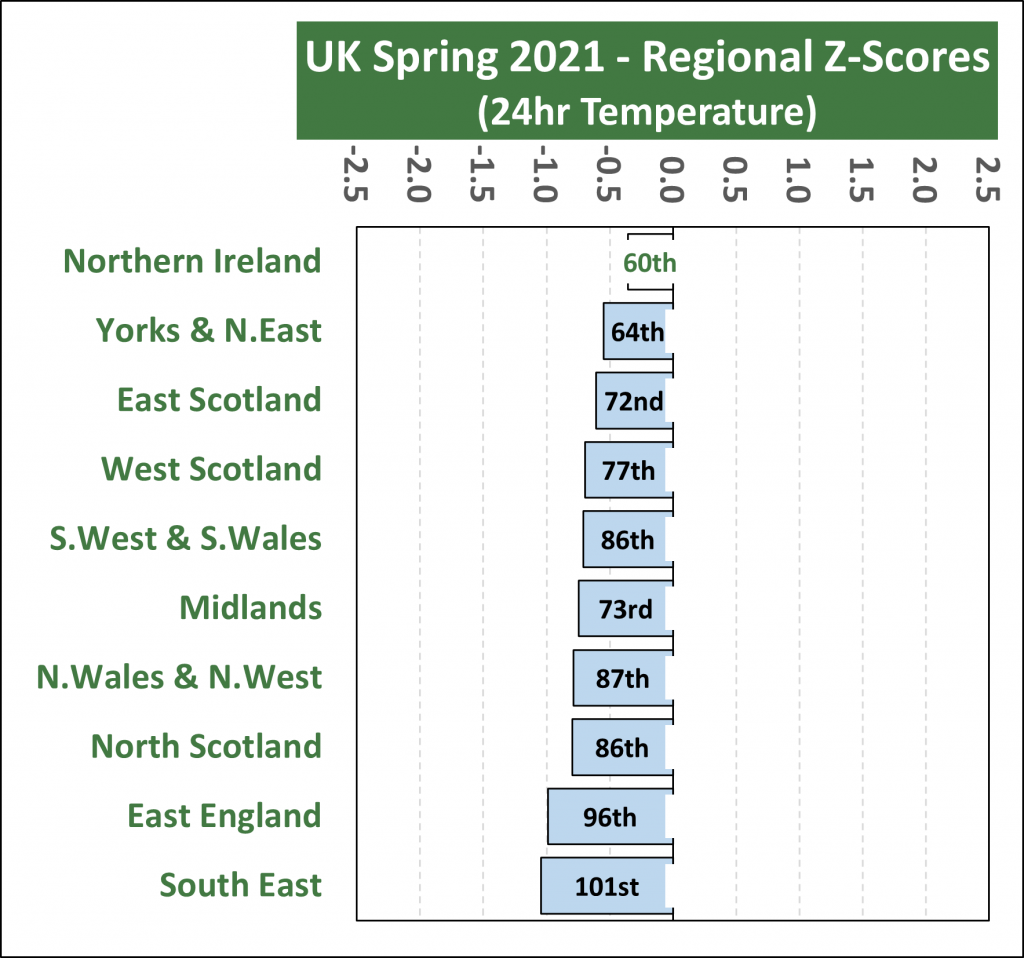 May marks the end of the meteorological spring.  I do not track regional statistics every month but I do track temperature by season for each region so I can update the regional temperature chart here.  This shows the Z-Score for each region for the 2021 winter.  A Z-Score is simply the regional temperature minus the long term average for that region divided by the long term standard deviation for that region.  Doing this, gets around the issue that each region is different on average whereas z-scores all have the same scale, namely number of standard deviations from the mean.

For the UK as a whole, the 2021 spring was colder than usual everywhere especially in East Anglia & South East.

The 5th warmest July on record included a new record temperature of 40.3C on 19th July.  It was also … END_OF_DOCUMENT_TOKEN_TO_BE_REPLACED

We've now had 3 months of extremely boring weather in the UK!  It's not doing the UK's reputation … END_OF_DOCUMENT_TOKEN_TO_BE_REPLACED

"I mentioned it once but I think I got away with it!" Basil Fawlty didn't get away with it in … END_OF_DOCUMENT_TOKEN_TO_BE_REPLACED

May 2022 was the 5th warmest May on record in the UK.  Whilst temperatures are rising as the days … END_OF_DOCUMENT_TOKEN_TO_BE_REPLACED