It was a warm and wet February this year in the UK.  In fact it was the 7th warmest February on record and resulted in the 8th warmest winter we’ve had in the UK. 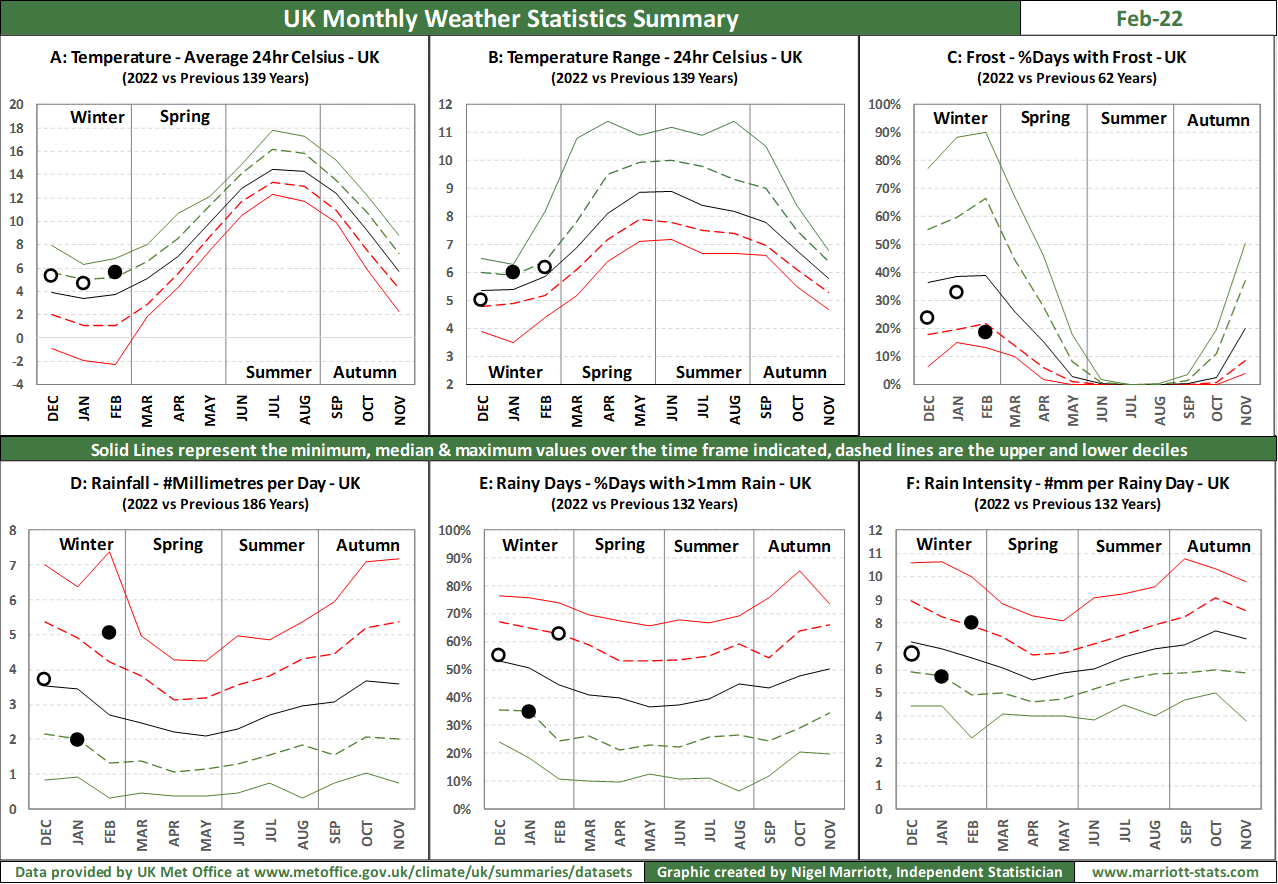 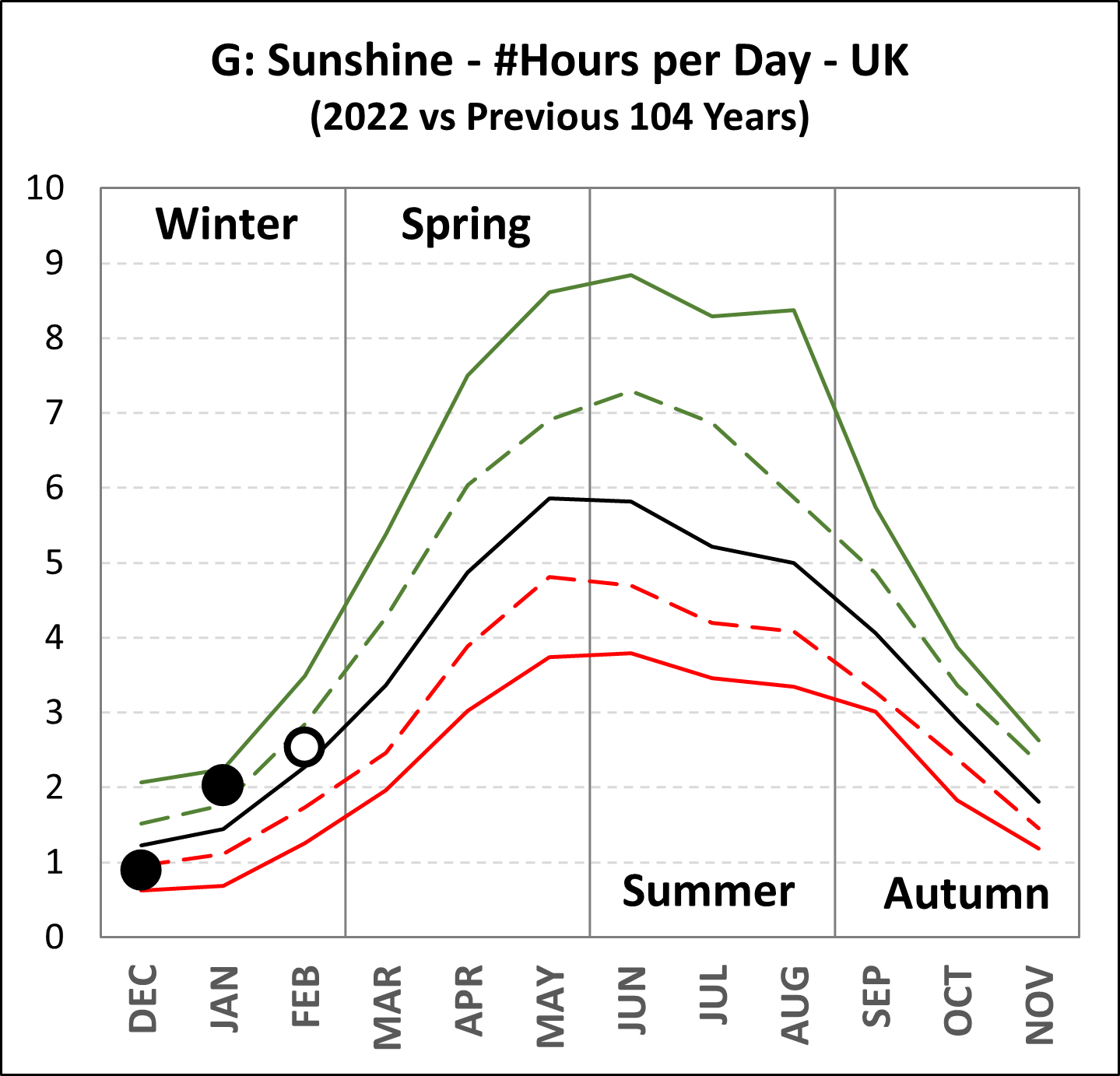 plot the 7th as a separate chart here.  Between October & March, Sunshine (chart G) is shown here since that is of least interest in these months.

How abnormal was February 2022? 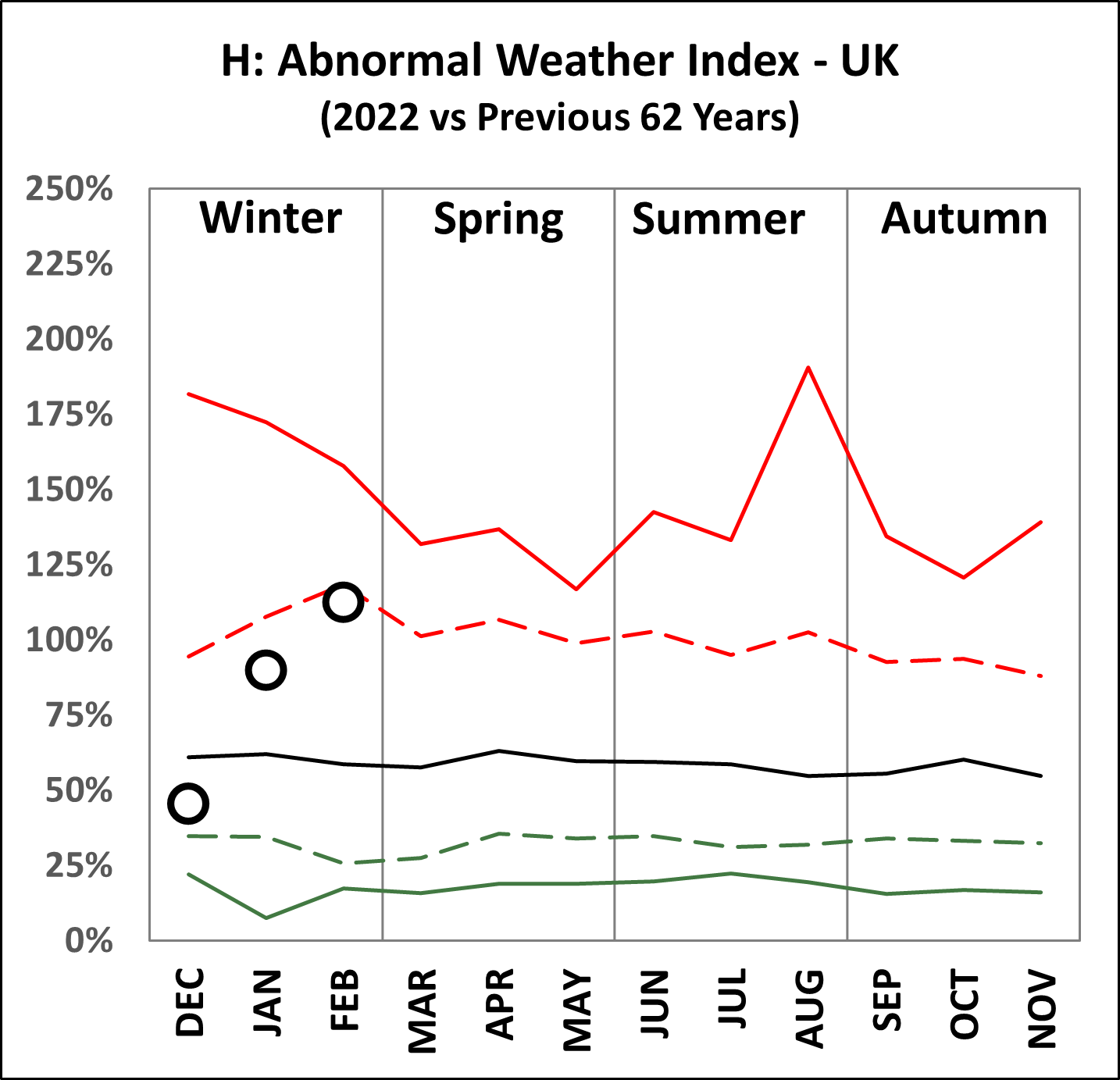 The abnormality index was 112% this month, more or less on the upper decile indicating a abnormal month, certainly enough for it to be notable. 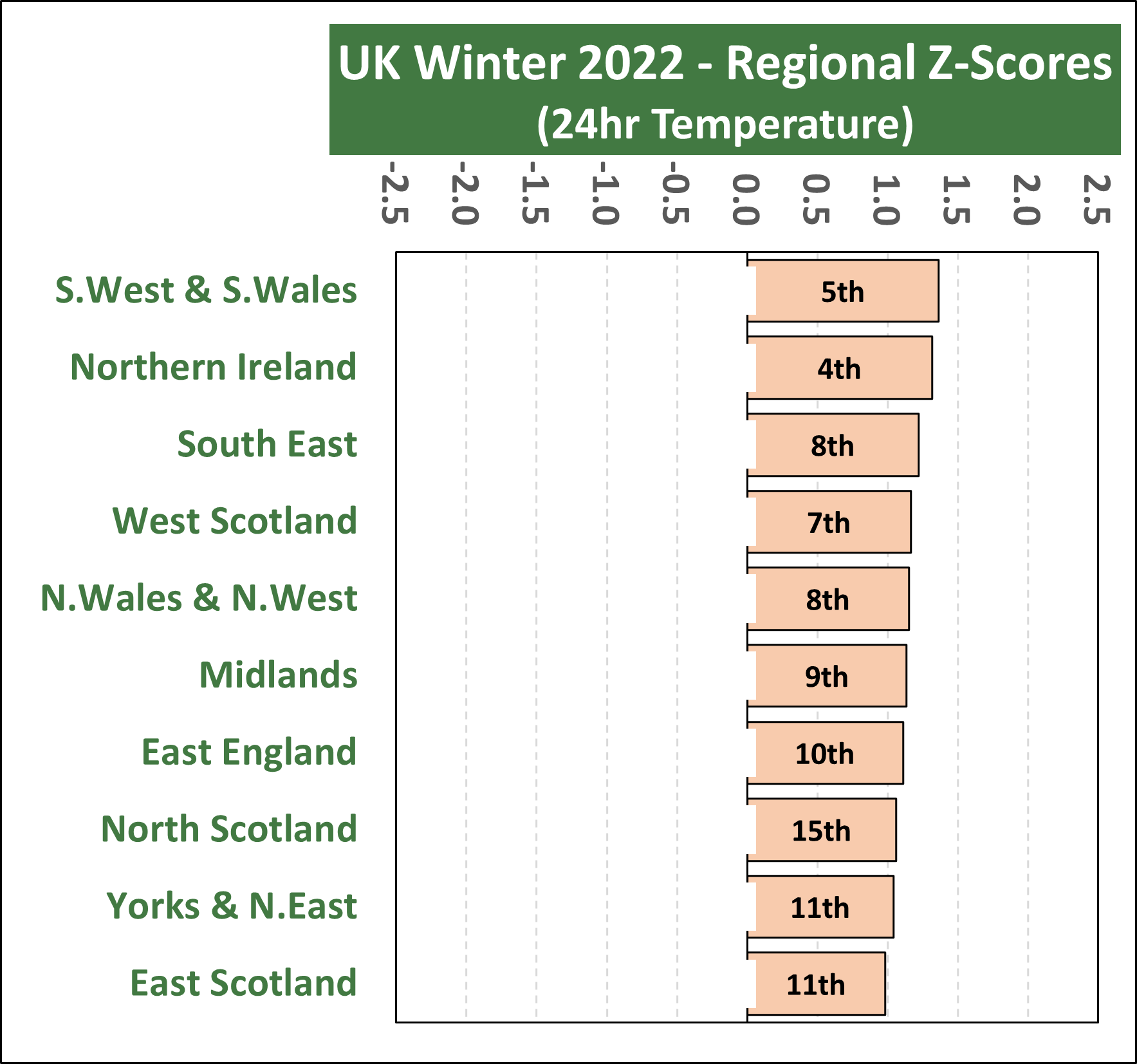 It was the 8th warmest winter in the UK overall which was replicated in most regions.  Overall the west of the UK recorded slightly warmer winters than the east.

The 5th warmest July on record included a new record temperature of 40.3C on 19th July.  It was also … END_OF_DOCUMENT_TOKEN_TO_BE_REPLACED

We've now had 3 months of extremely boring weather in the UK!  It's not doing the UK's reputation … END_OF_DOCUMENT_TOKEN_TO_BE_REPLACED

"I mentioned it once but I think I got away with it!" Basil Fawlty didn't get away with it in … END_OF_DOCUMENT_TOKEN_TO_BE_REPLACED

May 2022 was the 5th warmest May on record in the UK.  Whilst temperatures are rising as the days … END_OF_DOCUMENT_TOKEN_TO_BE_REPLACED