May 2022 was the 5th warmest May on record in the UK.  Whilst temperatures are rising as the days get longer, we haven’t as yet had more sunshine. 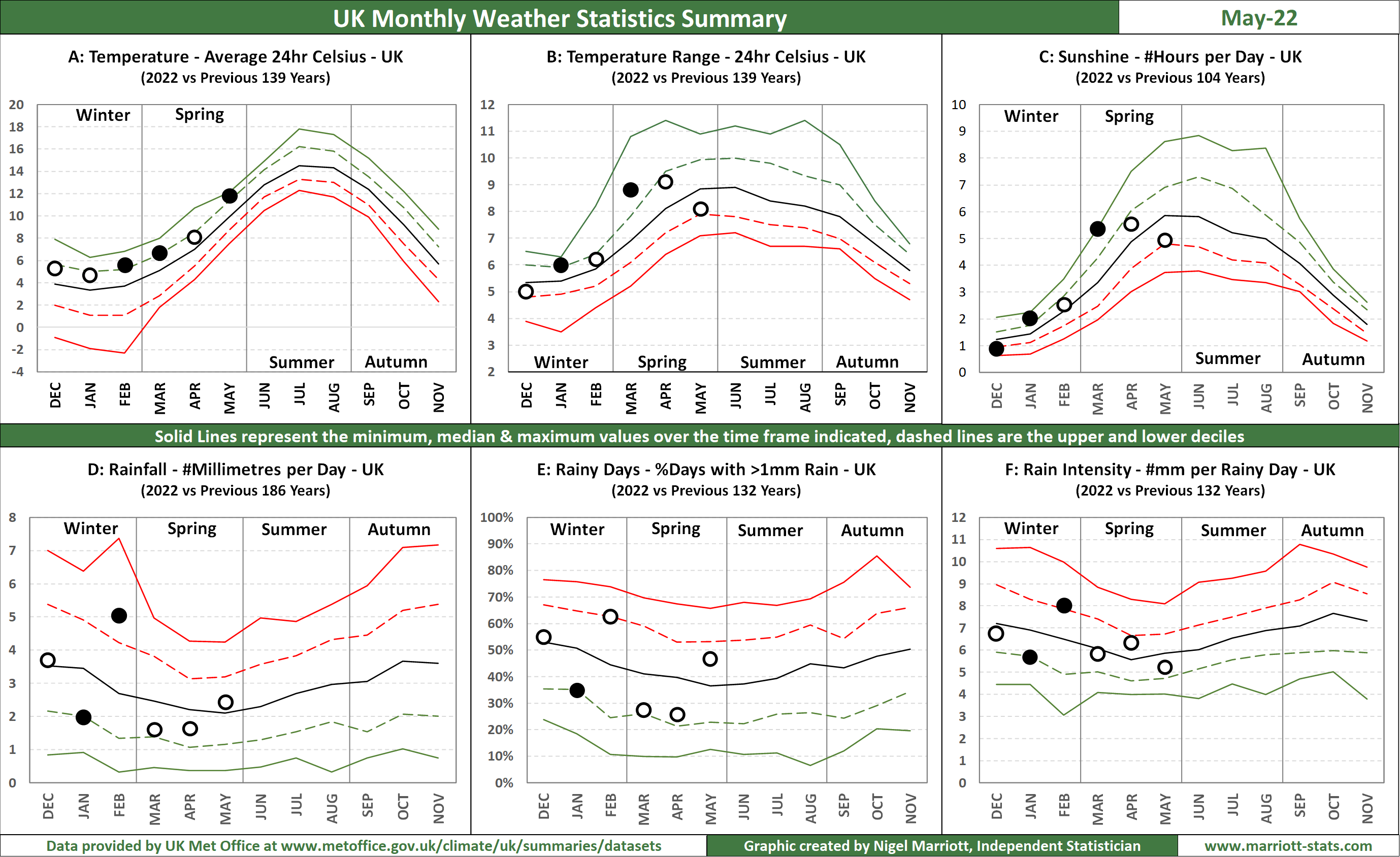 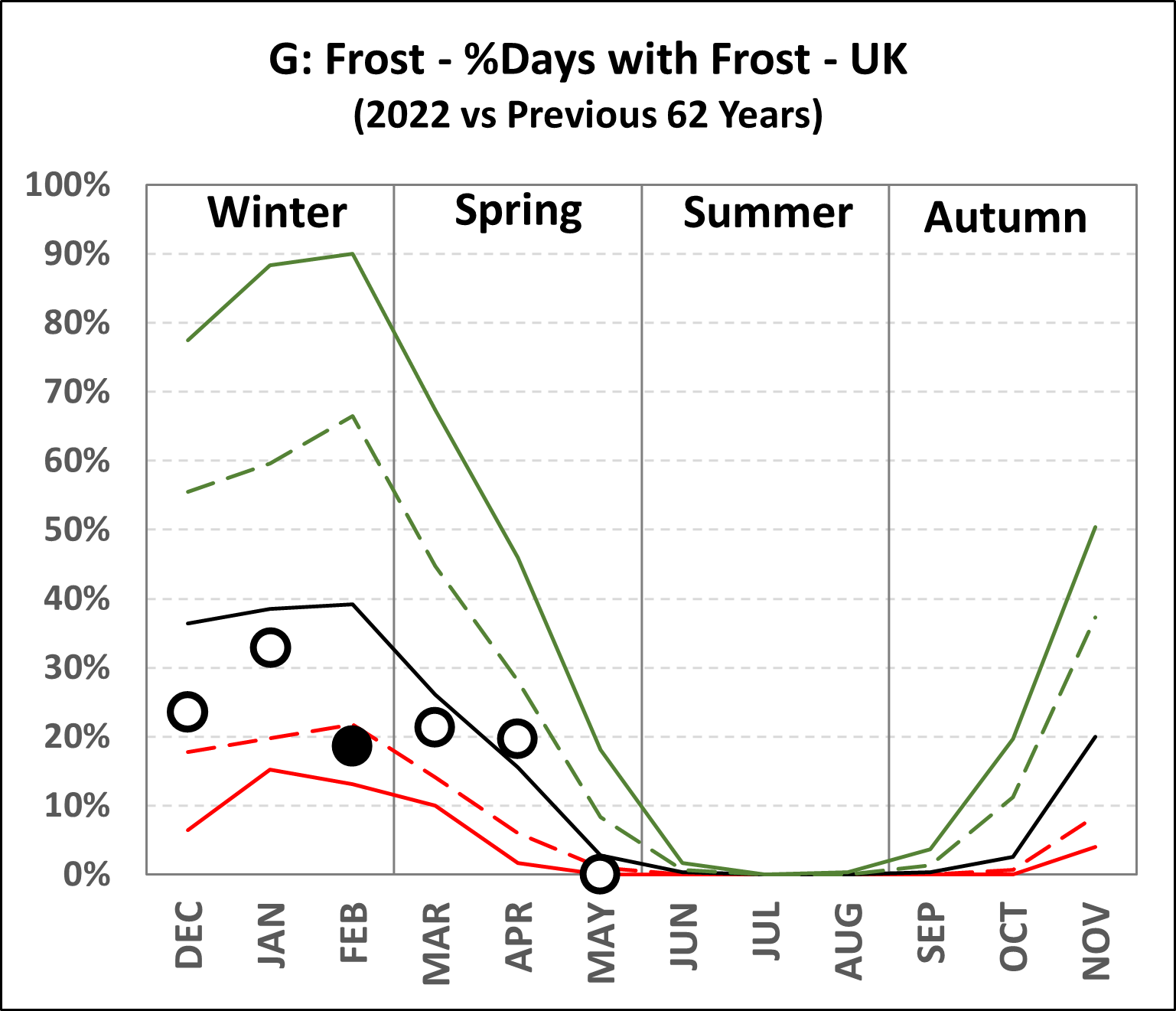 plot the 7th as a separate chart here.  Between March & October, Frost (chart G) is shown here since that is of least interest in these months. 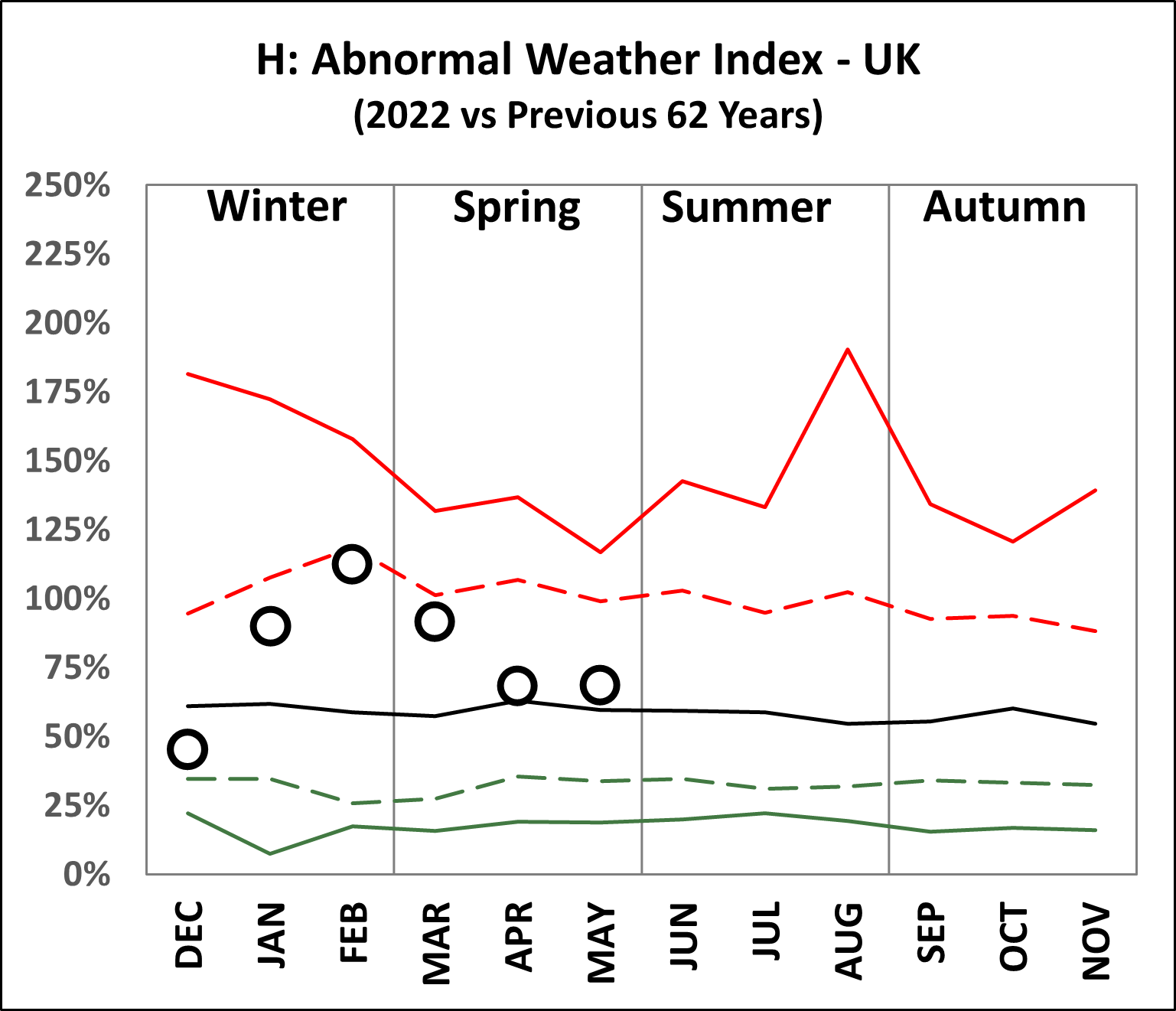 The abnormality index was 69% this month which is in line with the median. 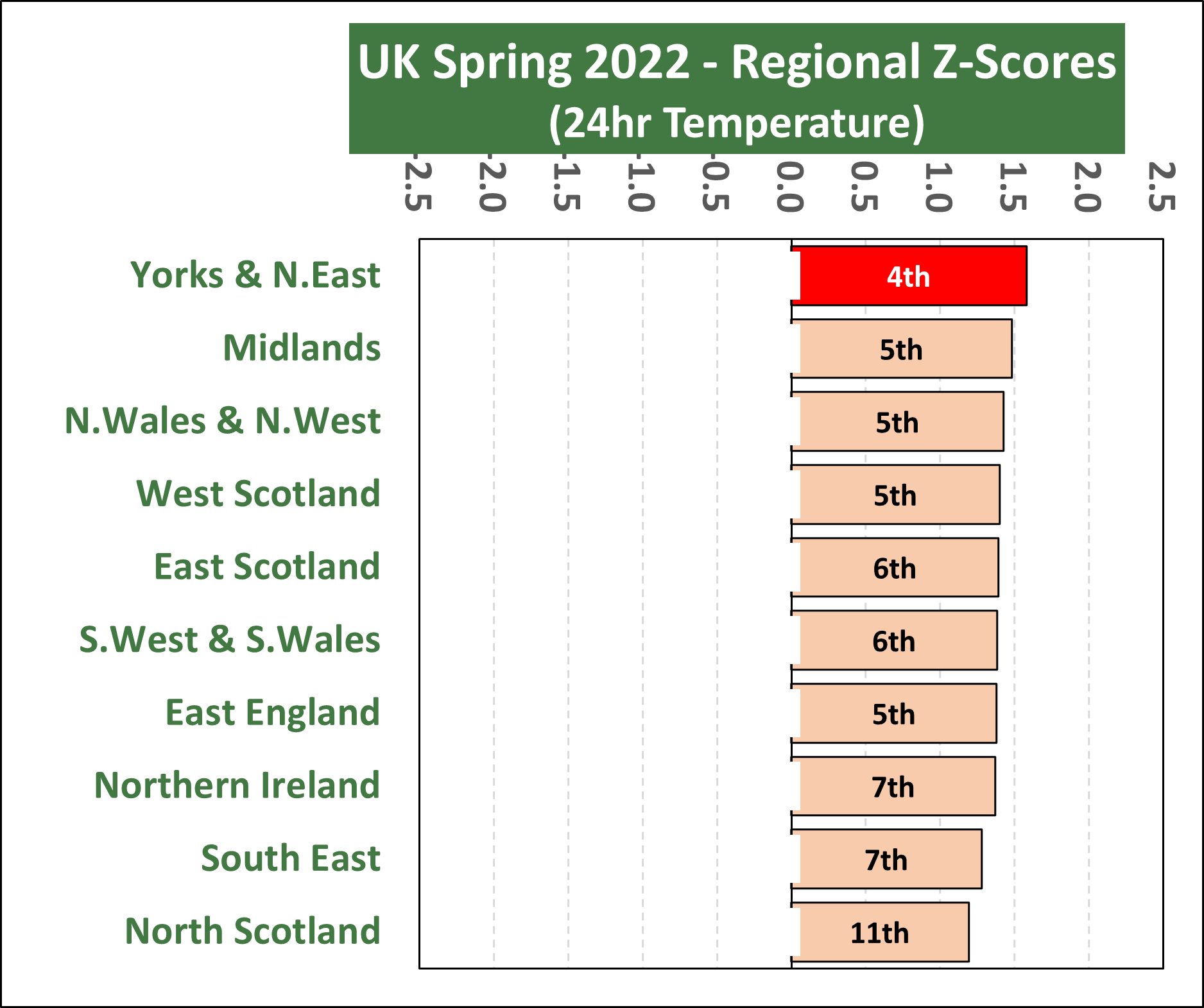 May marks the end of the meteorological spring.  I do not track regional statistics every month but I do track temperature by season for each region so I can update the regional temperature chart here.  This shows the Z-Score for each region for the 2022 spring.  A Z-Score is simply the regional temperature minus the long term average for that region divided by the long term standard deviation for that region.  Doing this, gets around the issue that each region is different on average whereas z-scores all have the same scale, namely number of standard deviations above or below the long term average.

It was the 5th warmest spring in the UK overall which was replicated in most regions.  Overall, the North & Midlands were slightly warmer than the rest of the UK.

UK Inflation has risen sharply since the start of 2022 and dominates the media and politics today.  … END_OF_DOCUMENT_TOKEN_TO_BE_REPLACED

Rishi Sunak is the UK's first Prime Minister from a non-white ethnic minority. Did this happen by … END_OF_DOCUMENT_TOKEN_TO_BE_REPLACED

The weather in the UK for October was warmer and sunnier than normal.  Overall we are heading for … END_OF_DOCUMENT_TOKEN_TO_BE_REPLACED

The weather in the UK for September was unremarkable.  Perhaps that is a welcome change after the … END_OF_DOCUMENT_TOKEN_TO_BE_REPLACED

The 2022/23 Women's Super League (WSL) kicks off this weekend in England.  After the Lionesses … END_OF_DOCUMENT_TOKEN_TO_BE_REPLACED